Share a memory
Obituary & Services
Tribute Wall
Read more about the life story of Rick and share your memory.

Rick Anderson, 68, of Lake Albert, SD,  passed away peacefully on January 19, 2023 at Avantara Lake Norden after a courageous battle with cancer. Memorial services will be at 9:00 a.m. on Monday, January 23, 2023, at Our Redeemer Lutheran Church in Bryant. Rev. Colin Beveridge and Rev. Gary Anderson will officiate. This service will be live streamed through our website.

Burial will be at Woodlawn Cemetery in Bryant, SD.

Rick was born March 16, 1954 in Estelline to Gene and Marjorie (Nelson) Anderson. He graduated from Bryant High School in 1972. He then continued his education at Northern State University where he received his Masters Degree in Education Administration.

On August 31, 1974, Rick married the love of his life, Janet Randall. Rick and Jan started their married life in Aberdeen where he served as the Assistant Director of the Adjustment Training Center. In 1979, they moved to Estelline where Rick became the High School Principal. Though Rick only served in this role for a short time, his impact was great. Past students frequently shared positive stories about the impressions he made.

In 1980, Rick and Jan returned to the family farm where he farmed for over 35 years. It was there they raised their family, a son Zach, and a daughter Kimberly.

Throughout his life, Rick maintained a heart for service. He served multiple terms on the Hamlin School Board, including a term as Board President. Rick was also involved with the Bryant Volunteer Fire Department, Garfield Township Board and various other boards.

Rick enjoyed his retirement spending time in the hills and at the lake. Rick’s pride and joy, his grandchildren, entertained him with sporting events, school events, and church events.

Those grateful to have shared his life are his wife of 48 years, Jan, his son Zach (Nicole) Anderson of Brookings, his daughter Kimberly (Ryan) Kazmerzak of Watertown, and his four grandchildren, Gavin and Hayden Anderson and Jack and Broderick Kazmerzak; Sister in law Linda Randall and brother in law David Gunderson; cousins, nieces and nephews.

Proceeding him in death are his parents, Gene and Marge Anderson, sisters Bobbie Carlson and Pam Gunderson, in-laws Jack and Leone Randall, and brother in laws, Jeff and Jim. 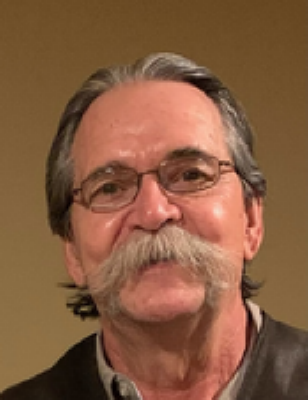