Share a memory
Obituary & Services
Tribute Wall
Read more about the life story of Richard "Rich" and share your memory.

Richard “Rich” Ronald Bonen, 81, of Watertown, SD, left this world peacefully after a long illness on Saturday, January 21, 2023, surrounded by his three children and their spouses.  Funeral services will be at 2:00 p.m. on Wednesday, January 25, 2023, at Crawford-Osthus Funeral Chapel in Watertown.  Pastor Steve Biswell will officiate.

Visitation will be prior to the funeral starting at 1:00 p.m.

Rich Bonen was born October 9, 1941, to Emil and Emma (Haberer) Bonen in Hoven, SD. He attended Bowdle High School where he was the ‘center’ for their nine man football team.  Rich served as a sergeant in the United States National Guard from 1964 until his honorable discharge in 1969. He worked for McGran Construction which brought him to Watertown, SD. Rich was also the co-owner of BEC Construction for over 25 years. He then finished his career as a center/centerless grinder operator with DMH in Brookings, SD.

Rich married Gurine Elizabeth Goetz on October 24, 1964 at St. John’s Catholic Church in Onaka, SD. He was an avid fisherman and gardener. Rich loved the outdoors, feeding the birds, a good long walk, and bicycling. One of his favorite holidays was the Fourth of July where he would host family and friends on his back deck. He also enjoyed sitting around a bon fire and telling stories. Rich deeply loved his family and was happiest when they were all around.

Rich was preceded in death by his parents; sister’s Alice and Judy; brother Lawrence; and the love of his life, Gurine. 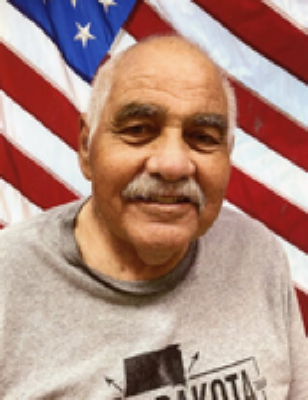