Share a memory
Obituary & Services
Tribute Wall
Read more about the life story of Lois and share your memory.

Funeral Mass will be 10:30 am, Saturday, January 21, 2023, at the St. Thomas Aquinas Catholic Church in De Smet, SD. Visitation will be from 5-7 p.m. Friday, January 20, 2023, at the Crawford-Osthus Funeral Chapel in De Smet and prior to services at the church on Saturday.

When she was 4-5 years old, she and her family moved from Kansas to Silvis, Illinois where she attended the John Deere Grade School in East Moline.  While in 5th grade, her family returned to Kansas and she graduated from Caldwell High School in 1951.

In 1952, she took a trip to visit relatives in Council Bluffs, Iowa, and just happened to meet up with a young U.S. Marine on his way home from boot camp to De Smet, South Dakota.  On May 2, 1954, she married that young Marine and farmer, Charles “Lightning” Larson, and the couple started their married life on a farm in the Spirit Lake area. Later they moved to a farm North of Manchester, SD. In 1966, they moved into Manchester and lived there until Lightning’s retirement when they moved to Iroquois.  In 2010, she moved to Huron.  She and Lightning were blessed with six children: Teresa Ellen, Michael Eugene, Lawrence Dean, Deborah Jean, Barbara Ann, Steven Paul, sixteen grandchildren and fifteen greatgrandchildren.

Lois was a stay at home mom until 1977, when she began working at Raven Inc. in De Smet where she worked for 20 years.  She then became an Assistant Activities Director at Huron Adult Day Services in Huron until her retirement.

Lois loved music of any kind and and was always ready to go dancing anytime, anywhere.  Once she became a Larson, she learned to enjoy cards and hunting.  It eventually became a Mother’s Day tradition that she and Lightning “got” to go gopher hunting.  Also, Lois always would attend class reunions at Caldwell Homecomings and, according to her Larson family, would always return with her “Kansas accent.” 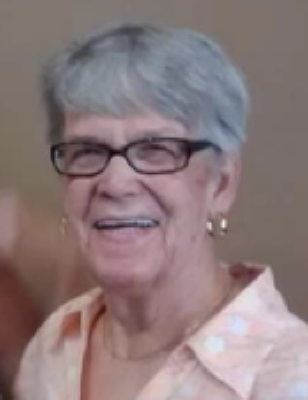