Share a memory
Obituary & Services
Tribute Wall
Read more about the life story of Irving and share your memory.

Irving Alden Hinderaker, 101, of Watertown, SD, passed away on Monday, January 16, 2023 at Jenkins Living Center.  He was born on December 1, 1921 in Hendricks, Minnesota, the son of Hoseas Hinderaker and Dagny Paulson Hinderaker.   He grew up in Astoria, South Dakota, one of six siblings. He attended Augustana College, where he met Eula Mae Jertson, who became his wife of 65 years. Irving left college to enlist in the U.S. Army in 1943. He served in Europe following D-Day and narrowly escaped death in the Battle of the Bulge.  He graduated from the University of South Dakota Law School in 1948 and began practicing in Watertown, SD.

Austin, Hinderaker, and Hackett grew into one of the largest law firms in Eastern South Dakota. Irving practiced law for more than 50 years. He finally retired at age 80. Irving earned many accolades as a lawyer: he was a member of the South Dakota State Board of Bar Commissioners, the Chairman of the Real Property, Probate and Trust Law Section of the South Dakota State Bar, a Fellow of the American Bar Foundation and of the American College of Trust and Estate Counsel, and was repeatedly listed in Best Lawyers In America. But his clients valued him most for his wise counsel and integrity.

He felt a deep affinity for his alma mater, Augustana, where he served for many years as a member of the Board of Regents and as a Charter Member of the Fellows of Augustana College.

Church activities were even closer to Irving’s heart than civic organizations. His family and friends knew him as a man of deep and always tolerant faith. He was the first President of Lutheran Church of Our Redeemer in Watertown. He was active at the national and international levels of the American Lutheran Church, as a member of the Executive Committee of the South Dakota District of the ALC, a member of the Commission on Evangelism of the ALC, a member of the ALC Foundation Standing Committee, and a member of the committee that advised Lutheran World Ministries on two International Human Rights Covenants proposed by the U.S. Department of State. In 1963, he was one of a handful of lay American delegates to the Assembly of the Lutheran World Federation in Helsinki, Finland.

In recognition of his civic contributions, Irving Hinderaker became a member of the Watertown Hall of Fame in 2014.

Irving was preceded in death by his wife Eula and daughter-in-law Carol.  He is survived by his four sons, Paul, John (Loree), James (Susan), Eric (Carrie), nine grandchildren, and six great-grandchildren. All mourn his passing. To his family, he will always be remembered, not just for his life of service, but for his nurturing love, good humor, and integrity.

Funeral services will be 10:30 a.m. on Wednesday, January 25, 2023 at Lutheran Church of Our Redeemer in Watertown.  Rev. Dave Nerdig will officiate. In lieu of flowers, the family suggests memorials to the Watertown  Area Community Foundation or a charity of your choice. The funeral service will be live streamed via our website.

Visitation will be held at the Crawford-Osthus Funeral Chapel in Watertown on Tuesday from 5:00-7:00 p.m. and prior to services at the church on Wednesday.

Burial will be at Mt. Hope Cemetery in Watertown. Active pallbearers will be David Hinderaker, Eric Hinderaker, Kathryn Hinderaker, and Grant Titze.  Military graveside honors will be conducted by Codington County Post #17 of the American Legion, Watertown and the Military Funeral Honors Team of the SD Army National Guard. 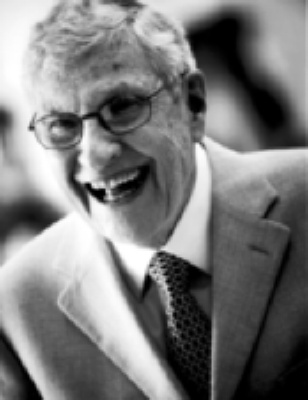