Share a memory
Obituary & Services
Tribute Wall
Read more about the life story of Curtis and share your memory.

Curtis ‘Curt’ Lee Hanssen, 73, of Summit, SD,  passed away on Tuesday, January 17, 2023 in Tyler, TX. Memorial services will be at 10:00 a.m. on Monday January 30, 2023, at Crawford-Osthus Funeral Chapel in Watertown. Janet Klenk and Beth Arlene Pierce will officiate. The memorial service will be live streamed via our website.

Visitation will be at Crawford-Osthus Funeral Chapel in Watertown on Sunday from 2-5 p.m. and prior to services at the chapel on Monday.

Burial will be at Mt. Hope Cemetery in Watertown.

Curtis was born July 17, 1949, in Mitchell to Minerva and Lester Hanssen. He was one of four boys. Their family settled on a farm located near Summit. He served in the National Guard in the transportation unit. He attended college at SDSU receiving a degree in Ag Education. He went on to work as a glazier, where his work eventually took him to Portland, Oregon and while attending meetings met Margaret. They got married and moved back to South Dakota purchasing a farm near Summit where they welcomed two girls Renae and Cindy. He could fix almost anything it seemed, and this knowledge and hard work made him a successful farmer as well as a teacher at Lake Area and Sisseton Wahpeton sharing his knowledge of the trades. In 2001, he received a generous gift of life receiving a heart transplant which gave him over 20 additional years of memories. He enjoyed his fishing adventures with his family especially at their lake home on Big Stone. His sneaky grin and twinkle of the eye while telling a wild tail will not be forgotten. He enjoyed wintering in Arizona and Texas where he recently celebrated 50 years of marriage with his wife.

In lieu of flowers, the family suggests donating to his memory to LifeSource at https://www.life-source.org/giving/make-a-gift/ or mailed to 2225 West River Road North, Minneapolis, MN 55411.

He was preceded in death by his parents. 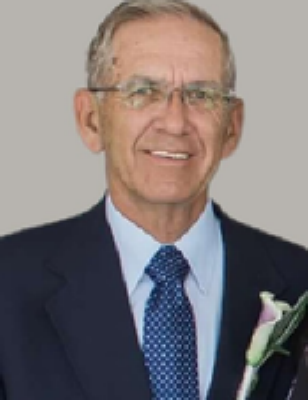